The Trend That is The ‘Quirky Café’

A couple of weeks ago, I visited London’s Cult Hub, Shoreditch. Located in the borough of Hackney, Shoreditch is renowned for its cool bars, graffiti décor and its ‘Quirky’ dining establishments. After a short trip on London’s underground transportation system, I finally arrived at my much anticipated destination. As I submerged myself in the summer sun, I was immediately surrounded by graffiti clad walls, beards and skinny jeans. During my short walk to my hotel I came across Lady Dinah’s Cat Emporium – the capitals first ever cat café – and the aptly-named ‘Cereal Killer Café’ which offers visitors a range of breakfast cereals from around the world. This was all a bit surreal for me, I’ve become accustomed to cream teas in picturesque tea gardens (doesn’t happen often) not drinking coffee with ‘Socks the Kitten’ and his furry mates.

Simply Crispy - the world’s first crisp sandwich cafe, launched to the public in Belfast and a Newcastle rival to Lady Dinah’s - the Pretty Pussy Parlour, announced plans to launch in a secret location later this year. 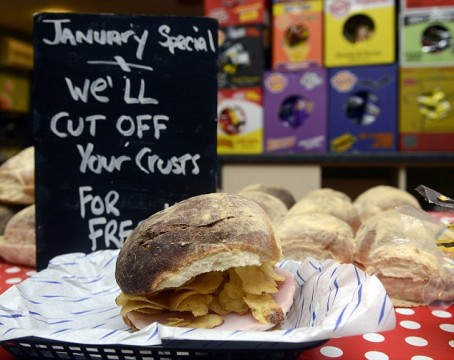 Media attention, popular consumer responses and social hype have helped to put innovative cafes on the map and with more people looking to coffee shops as a social venue rather than a place to simply purchase a latte, 2015 is a great year to start your very own niche cafe.

Euromonitor’s September 2014 study into the cafe and bar industry concluded that specialist coffee shops “were amongst some of the best performing within the whole food service market” and were the most “significant growth story”. Consumers now see cafes as more of a “social setting” with consumption levels of coffee actually decreasing, by starting a niche cafe you’re entering a stable market and one that looks set to grow in demand over the next year.

This Time Next Year

In terms of launching a quirky cafe, the best advice is to think nationally. London’s quirky cafe market is increasingly, therefore becoming saturated – there’s even an alcoholic milkshake cafe in Hoxton – so while you could strike lucky by starting a unique cafe in the capital, long-term success is more likely in other areas of the country.

Despite the growing popularity of quirky cafes, some critics have questioned their appeal and argued that by having such a narrow focus on one area, niche cafes can actually put off the average consumer who may be looking for a choice and range of options. Yet there’s nothing to say that this issue couldn’t be overcome.

If you are thinking of opening a new Quirky Café, or any café for that matter, please get in touch.