Warwick chemicals are a manufacturer of TAED which is an activator producing a powerful oxygen based bleach. The company is the world’s largest producer of this energy saving additive, predominantly found in automatic dishwashing products.

Warwick Chemicals contacted Café Reality in October 2015, enquiring about furniture for their staff dining area refurbishment for the newly named ‘The Hub’. The specific look that was specified at the time was the popular “Costa Coffee” look and the new space had to give a welcoming feel which was a contrast to the stark heavy duty seating they had at the time.

They needed to establish three areas within the new space, consisting of: 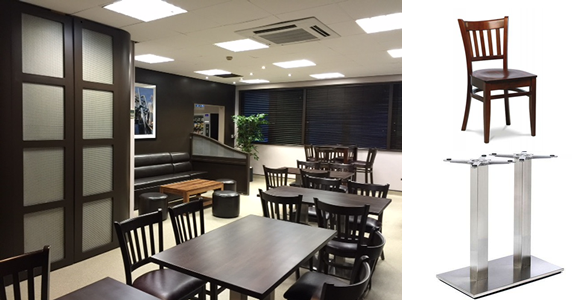 The Marland dining sets were chosen for the dining area with contrasting ivory and dark brown leather on the chairs, establishing a suitable balance across the scheme. We were able to match the leather of the dining chairs with the Palma high stools for the touchdown area, again utilising the contrast of the ivory and the brown leather.  The break out area featured four of the popular Astoria Retro Tub chairs in Slate Grey and five Redland leather sofas in dark brown which are a great choice for this type of environment. 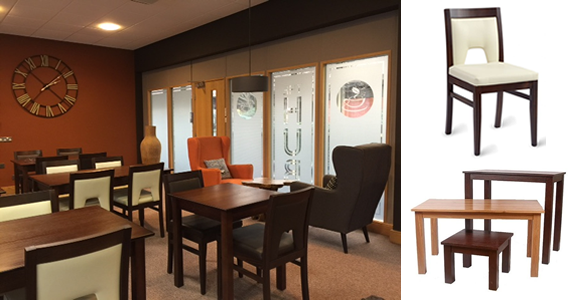 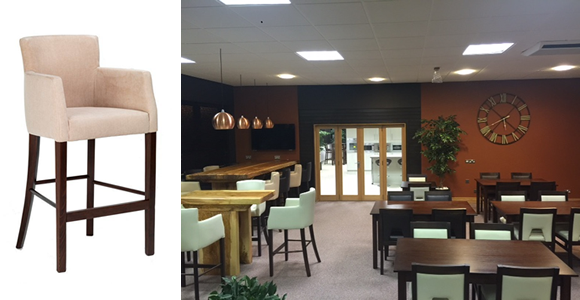 We were impressed with the effort that Warwick Chemicals put in to this project and the vision they had for ‘The Hub’ was achieved with some great ideas, including the use of an original tree from their own yard to add a natural effect.

I would just like to thank you both for all the time, help and patience you gave in the planning of The Hub, only just managed to finish it tonight ready for the morning it's been a big job and hopefully they will be pleased when they see it for the opening at lunchtime. Thanks! 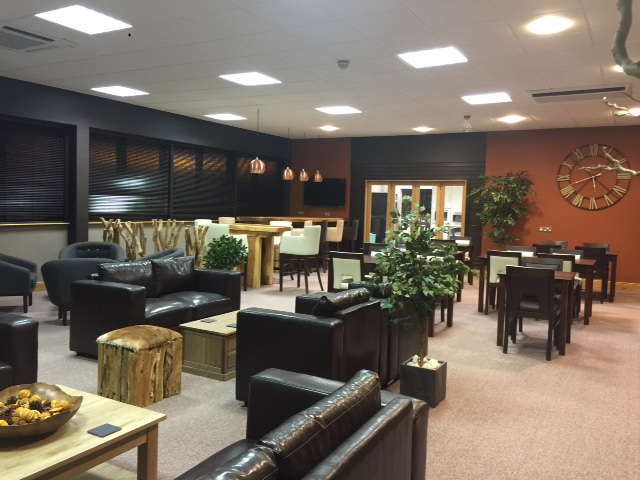